I installed the bar top I had been working on a couple weeks ago.
This is in a log house I built a few years ago.

We had built a bar top of a huge heavy slab of maple. I was told it had been kiln dried, but I don’t think is was dry enough as it warped badly the first year it was installed. It seemed to jest keep getting worse to the point where you couldn’t set your beer on there or it would slide off… I don’t have any pictures of that, it was too depressing, but this winter I decided the time had come to take care of it.

Here are a couple shots of the newly installed bar top. 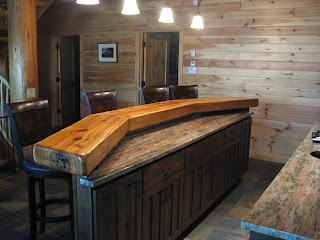 This one is made of Northern White Cedar center cut from a 17″ log so should have a little less “mind of it’s own” when it comes to movement.
Logs like this are not easy to find. Usually when White Cedar in this part of the world grow this large, it develops a lot of rot in the middle. This one has a little but not too bad.

Cedar logs this nice will generally not grow in the Ely are hear but closer to the North Shore of Lake Superior or up towards the Canadian border, International Falls or in the Cook/Orr areas.

This one comes from around Grand Marais. Bob Matchiner, of Bissonnett Log Construction in Ely, happened to have found a few truckloads of exceptionally nice logs and so he grabbed them and brought them over here and had them in his yard. I picked this one out and he took this center slab out with his band-saw mill and then I took it from there.

The worms had removed the bark for me and I left that “wormy” edge on the front side. I think it turned out pretty good. 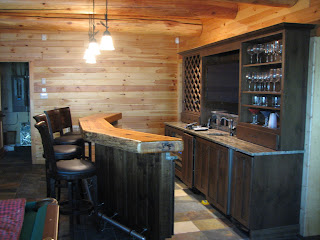 And just for fun, here are some more pictures I took of the house while I was there: 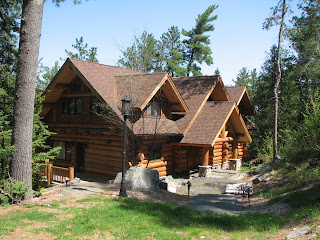 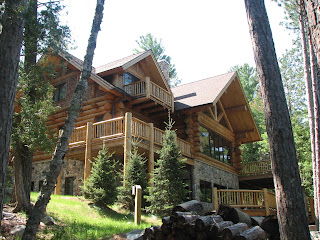 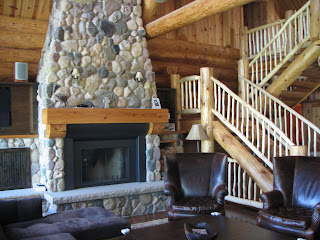 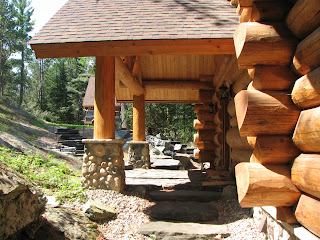 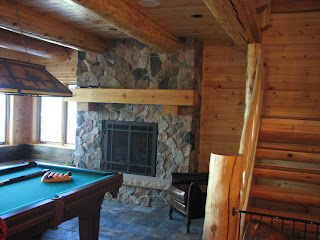 …and, yes, it is the house in the video I posted a while back: http://www.youtube.com/watch?v=OPKxCNi0yQI&feature=channel&list=UL