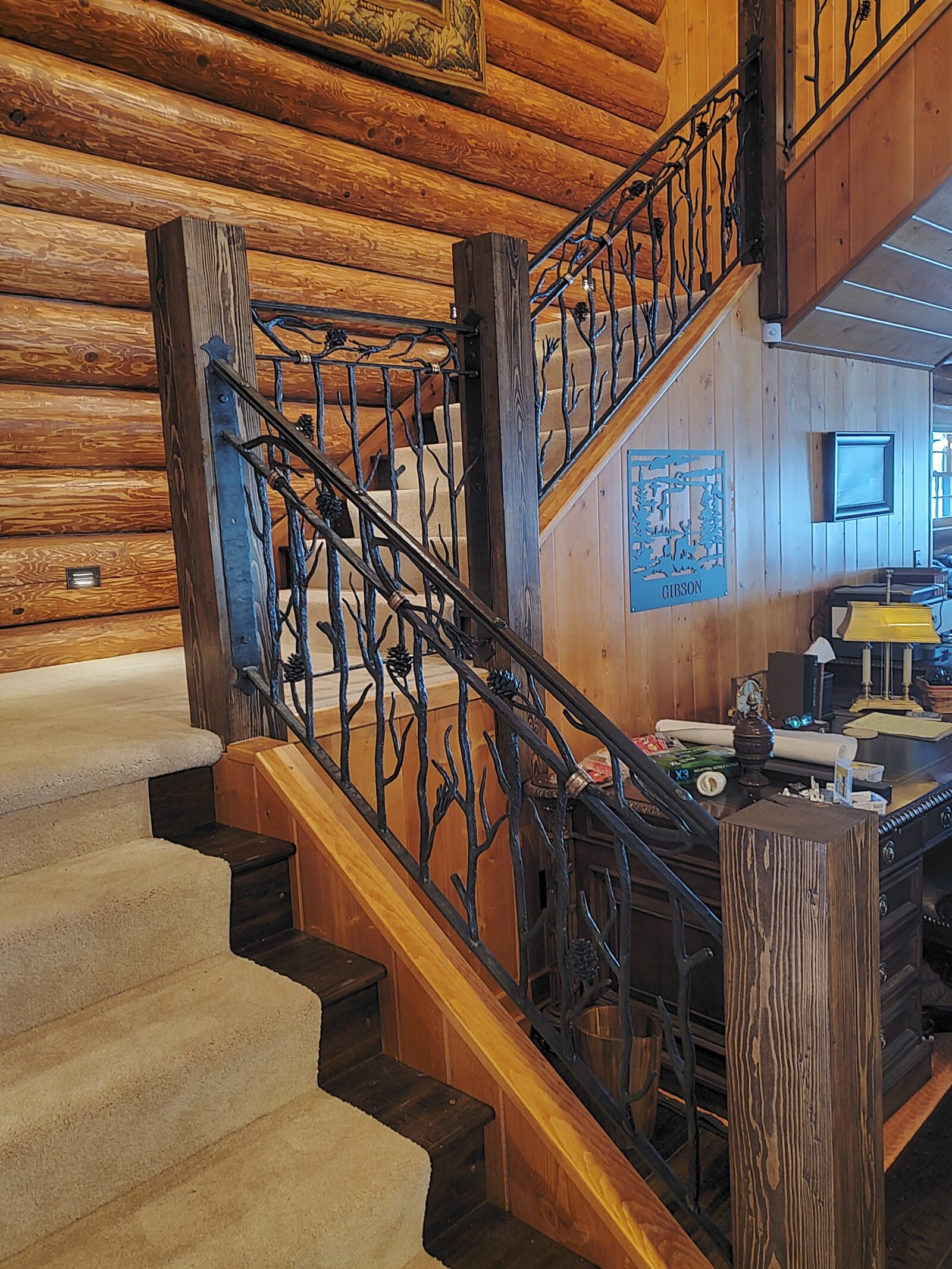 Now here is something really cool.
I am back finishing up some details on this house we have been working on for the past two or three years. At some point during the process the homeowner had shown me some idea pictures he had found for some iron railings that he wanted on the stairs inside the house. Eventually these are the drawings I worked up for hm to sign off on: But the remarkable thing is, I then found someone who could actually build them.
My occasional friend Google brought me to an awesome guy in Minneapolis named Jef Van Syoc, a master blacksmith running a shop called Van Madrone Metalworks. Jeff is a true master devoted to his craft and is an inspiration to me every time I visit his shop.
He also has cool items available on his Etsy site and on top of that does some nice leather work on his Big Cartell site here.   I have seen some nice jewelry he has made as well.
I know I will be looking for reasons to work with Jeff in the future.

The railing sections have been done for a few months now but for various reasons I only got to finish the install this past week. Jeff suggested the bronze collars and I resisted initially, (I don’t know why), but in the end we did it his way and it is a detail that really sets them off.

Check out these awesome iron railings!