I don't have any pictures from the early days of living in the North. There were no cell phones and digital cameras in those days so we didn't  take countless photos cataloging our daily lives.

It was 1984 I believe. I had about $500.00 in my pocket and most of what I owned in the back of a 1972 ford pickup that I couldn't drive over 45 miles an hour because it would start a terrible shake that wouldn't stop till I brought it back below 40. This was when the speed limit all the way from the cities was 55mph so 45 didn't seem that slow. I had some boxes of food and cheap whisky, some hunting guns, ammo and a bundle of steel traps so I figured I would be OK one way or another. My trapping skills proved to be pathetic though I was able to snare an occasional rabbit and I may have harvested some out of season bigger game. (My memory is a bit foggy on that).

And so I survived. What I spent my time doing is a story for some other time.

I stayed initially in a small log cabin just north of a little town called Buyck at the junction of county Rd 24 and the end of the Echo Trail. I had made previous verbal arrangements with the owner of a small 3.2 bar called the "Sportsman's Last Chance Saloon" to rent a tiny tar paper shack out back by the swamp for 50 bucks a month but when I got there that day in early January he said he had a little better place for $75 a month that actually had electricity, though still no running water or heat, but a pile of firewood that he said I could use, (there was a big barrel stove in the kitchen area). I had a big metal water jug that sat on top of the stove that I was always filling with snow to melt for my water.

I stayed there a few months till spring. I was running out of money and food and so headed down the Echo Trail to Ely where a friend connected me to a guy who had a place to rent and some work peeling logs for log buildings. Again, another story.

Anyway, the reason I bring all this up was because, as I was going through some old sketches, (seems like I am always going through old pictures and sketches these days), I found what I think is the only evidence I have of that time in that small log cabin on the end of the Echo trail...

These are pictures I drew on site. I'm sure I must have had one of those 126 cameras but I have not come across any photos of that time and place, even with a camera you had to be pretty conservative about taking pictures because you could only take 12 or 24 and then you had to pay to have them developed somewhere and then buy more film.

So these are all pen and ink sketches I did on site at that time and place over 35 years ago. 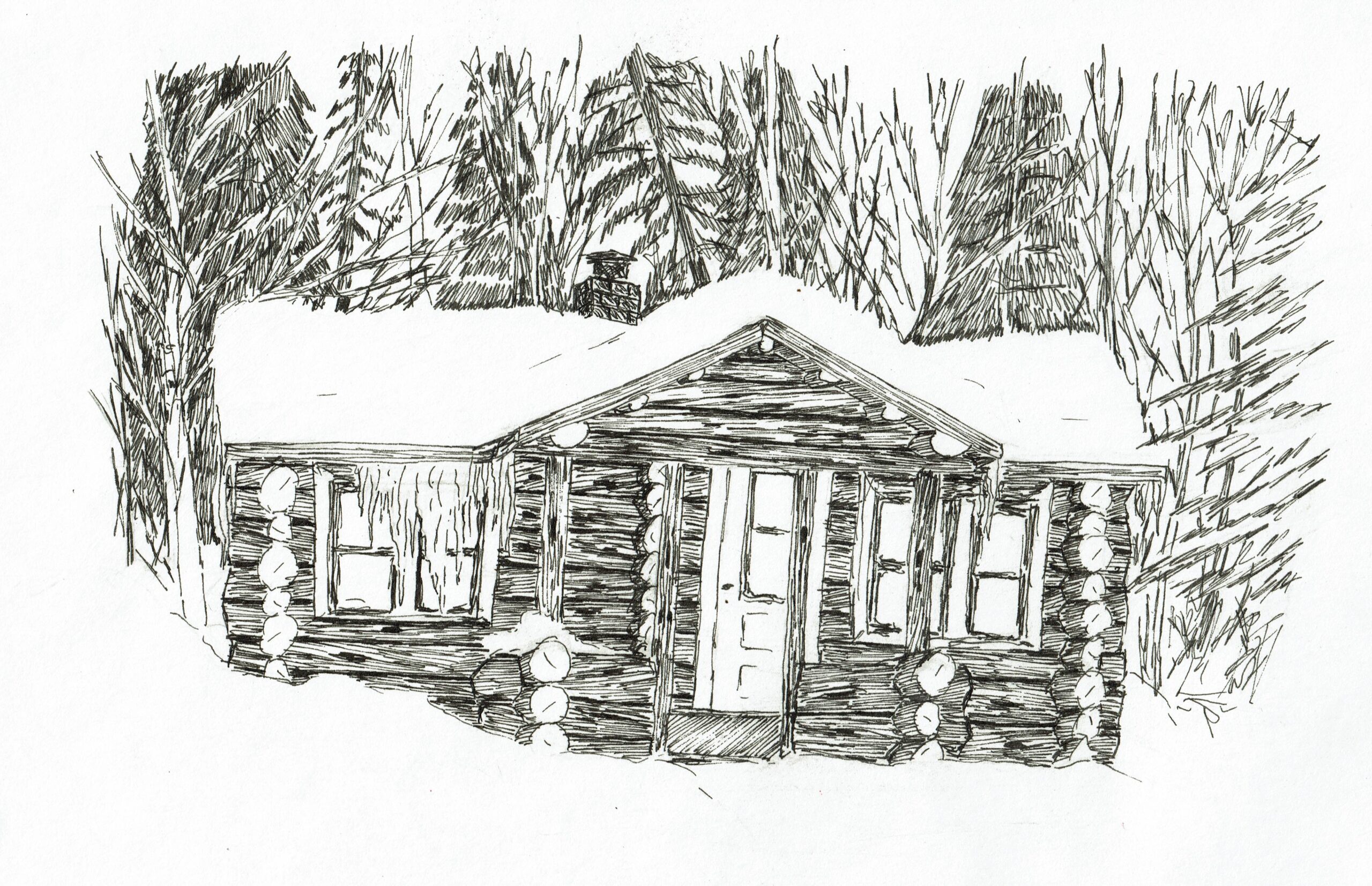 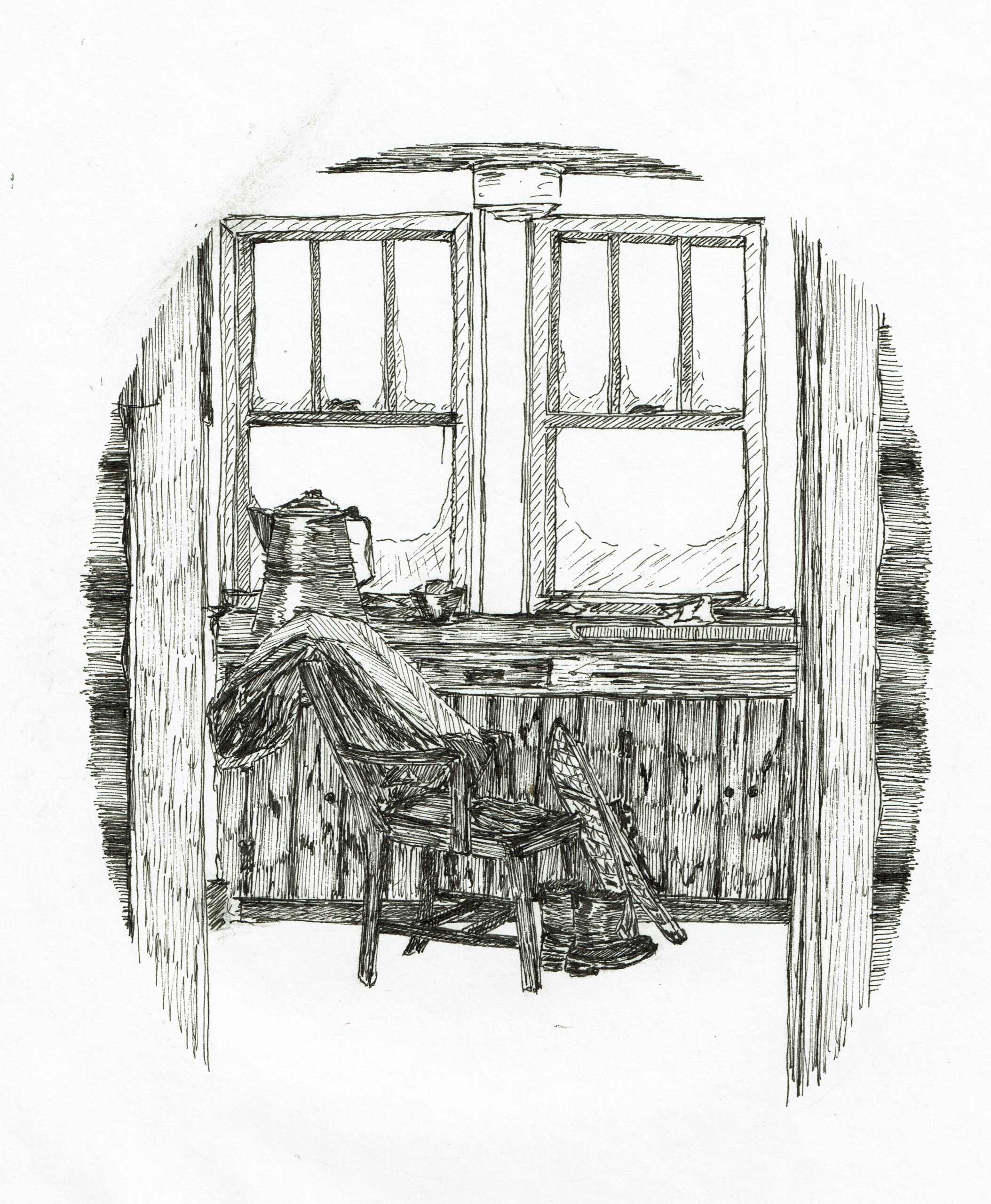 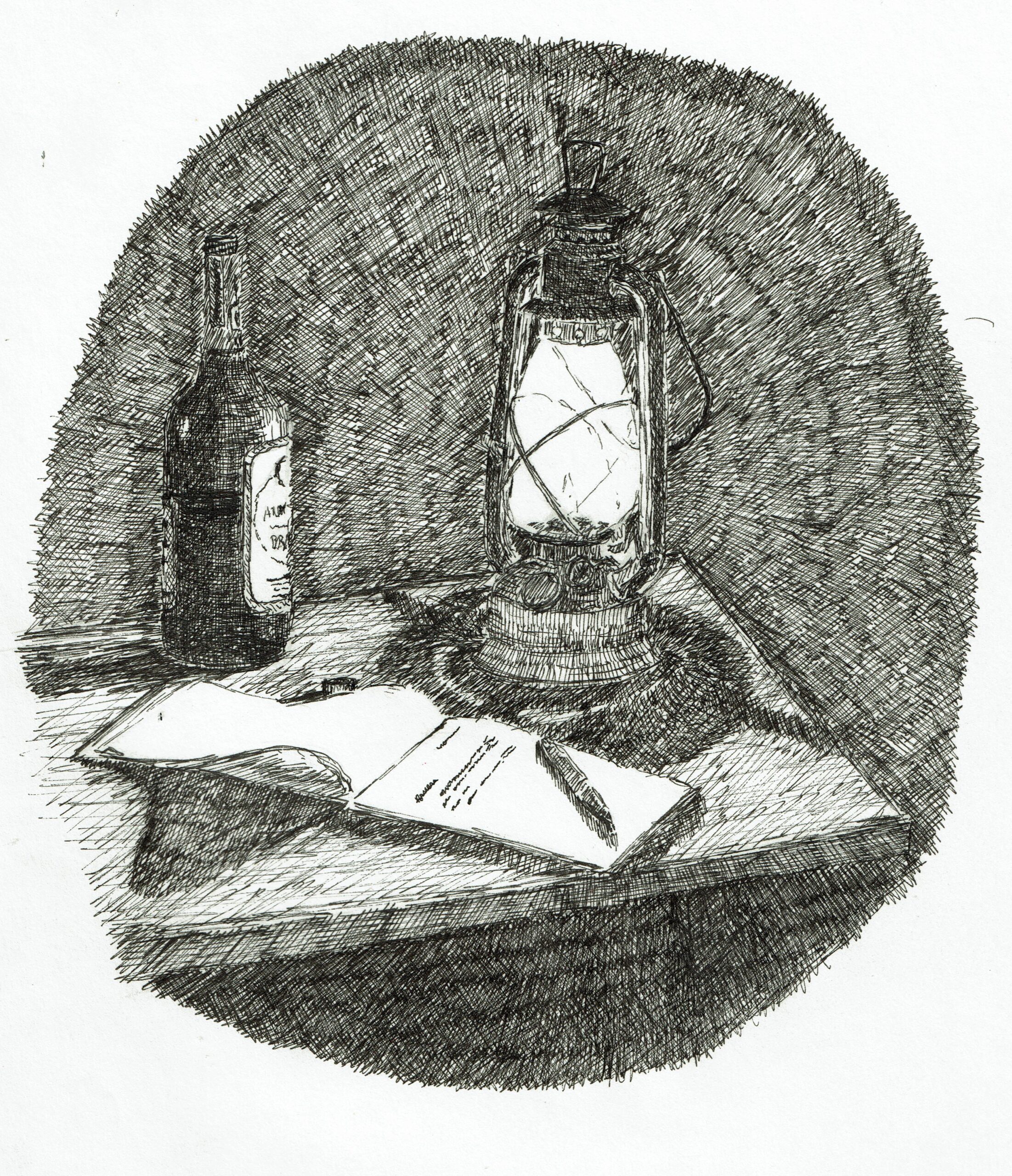 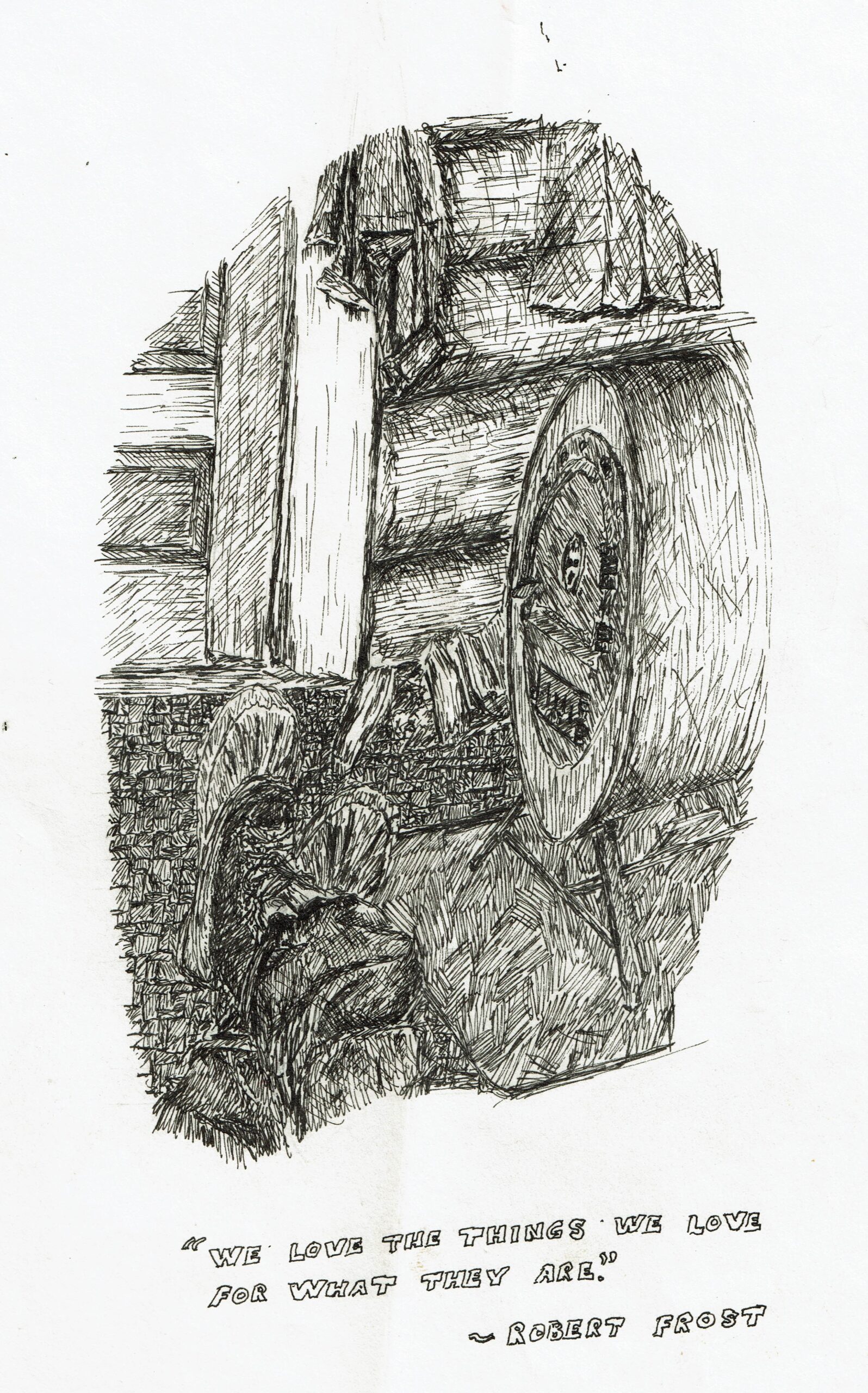 Apparently the google vehicle never went from one end of the Echo trail to the other but they did go up Co Rd 24. I looked and the cabin I lived in for that  few months in that winter so long ago is still there: